Once a year the M.E.P. Italia Association organises a National Session of the Model European Parliament, choosing each year a different hosting-city. It lasts usually a week, and it is an outstanding event, in which more than 20 schools are involved, being represented each by its delegation. Every delegation is composed of five or six students selected by their schools basing on the ability and competence demonstrated during the School Sessions and the City/Regional Sessions.

Delegates have the chance to work and cooperate exactly as the Members of the European Parliament do: subdivided in committees – which correspond to the actual European Parliament Committees – they discuss on problems concerning, for example, constitutional issues, the environment and pollution, public sanity, gender equality, technology, agriculture, and so on. After an initial activity called Team Building, during which the different members of the same committee get to know each other, the Committee Work begins: delegates debate on the topic assigned to them, in order to write a final Resolution. The second part of the session sees all the delegates taking part in the General Assembly – which corresponds to a European Parliament Plenary Assembly. During the G.A. all the resolutions written by all of the Committees are discussed and voted.

The students involved have a strong consciousness and knowledge regarding the themes they have to discuss about, achieved thanks to the experience of all their previous sessions. They also know that it is their duty to respect all the rules established for the Strasbourg Assembly.

All these activities are coordinated and directed by students, in their role of Chairs (Committee Presidents) and Assembly Presidents, who as delegates were noted for their ability and dedication. They cooperate with and are helped by the teachers of the Schools involved in the project and the members of the M.E.P. Italia Association. 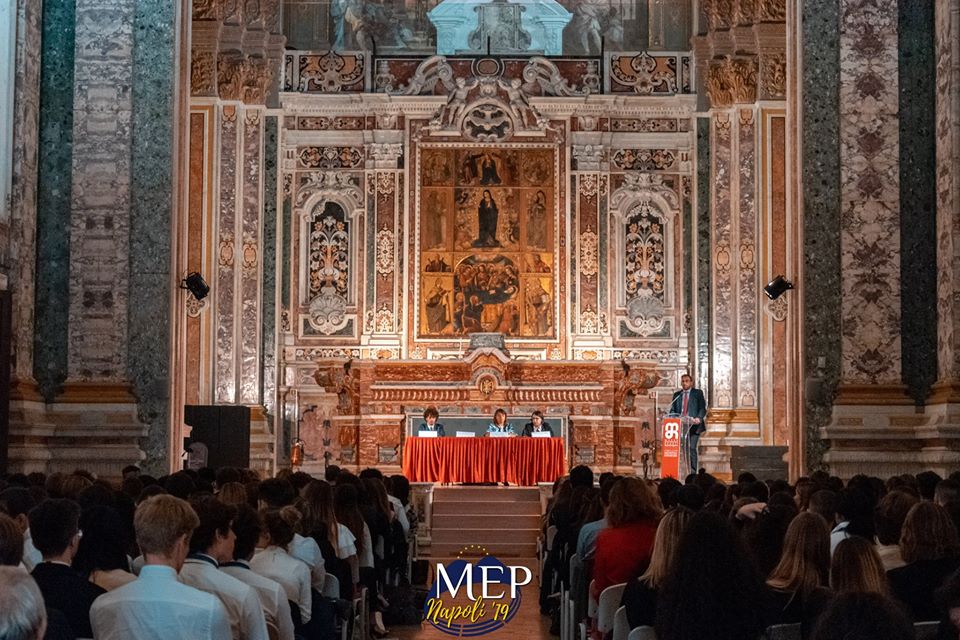